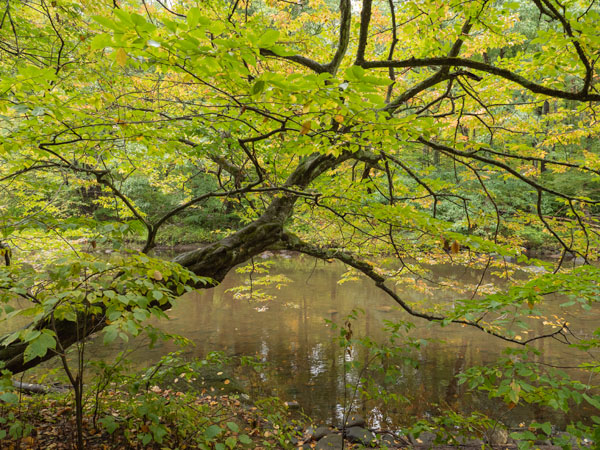 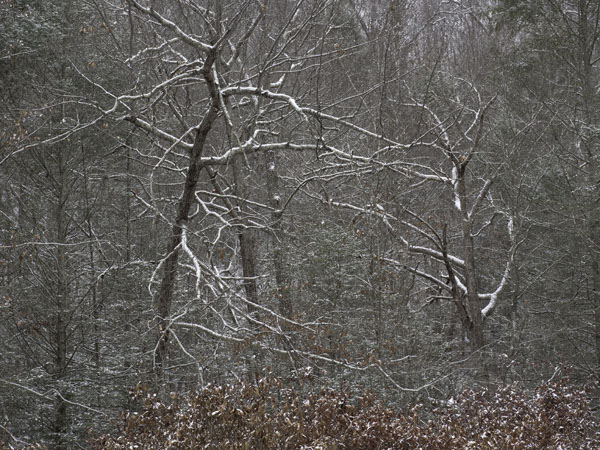 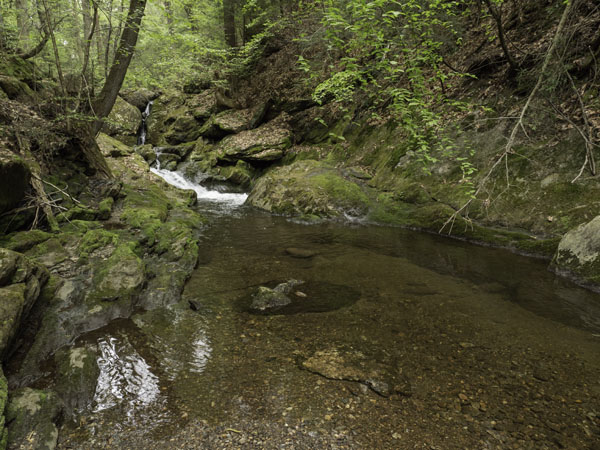 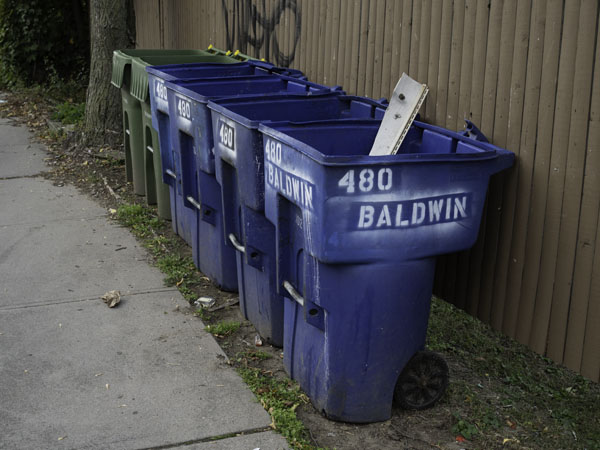 Baldwin Street, in Waterbury, CT, meanders for about two and a half miles, extending south from Main Street at the center of the city. The terrain is hilly. It’s largely a residential district with some small businesses. Most of the houses are substantial old buildings that have been divided up into multiple apartments. I’d made a few pictures there over the years as part of my project of photographing the old industrial towns along the Naugatuck River Valley. In 2020 I formed a plan to photograph intensively along Baldwin Street, concentrating entirely on the buildings, cars, small business properties, while not including people in the pictures. Partly, this was a response to the pandemic and social distancing. Especially by working early in the morning I could easily avoid close contact with anyone, and didn’t have to touch anything but my camera and my car. Also, I think sometimes we can show a lot about a place without including its residents. What people have made and use in their daily lives—those buildings, cars, shop windows—can form their own sort of portrait. Most of these pictures were shot between early Autumn of 2020 and late Autumn of 2021. 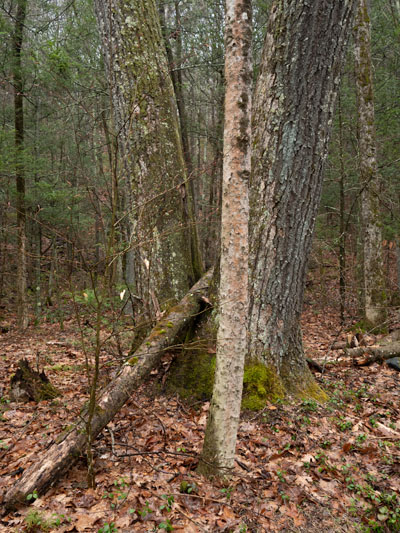 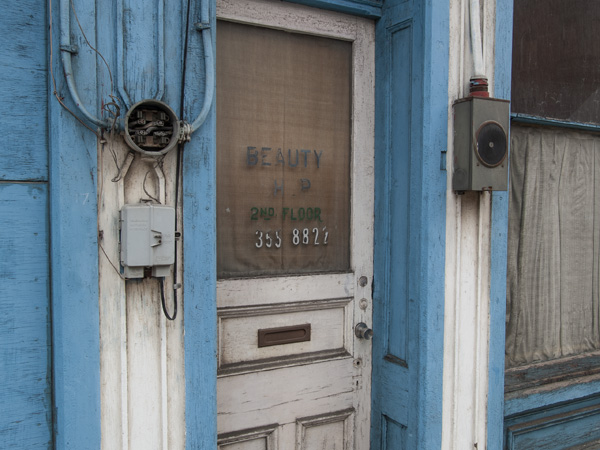 In 2004 I acquired my first digital SLR camera, for a large assignment that the publisher required be shot digitally. I quickly found that I loved many aspects of working this way. I’d always worked in color as well as black and white for both personal projects and assignments, but was never really happy with darkroom color prints. Over the next couple of years I made a lot of pictures with this Olympus E1 outfit on shooting trips that centered on my Drive-in Theater and White Churches large format b&w projects. Recently I decided to revisit the archive of this work and select thirty or so pictures for printing. Hardware (the printer) materials (baryta style photo paper) and software (the current version of Adobe Camera Raw) have vastly improved since 2005, so I found I could make  better prints than 15 years ago. Since the E1 files are so small, they still look best as modest size prints, around 6.5x8.5 inches. Next I assembled this web gallery to make the work available here on my site. 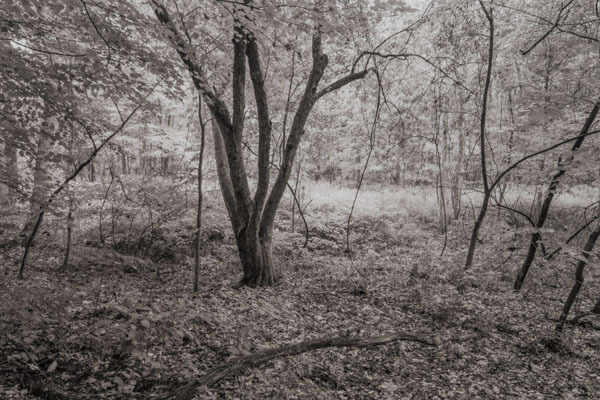 First in a "Four Seasons" series of folios—platinum/palladium prints from Steep Rock Preserve. 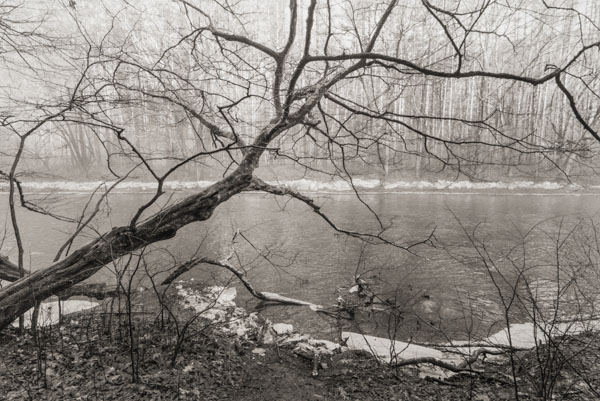 Folio of a dozen platinum/palladium prints, second in a "Four Seasons" series. 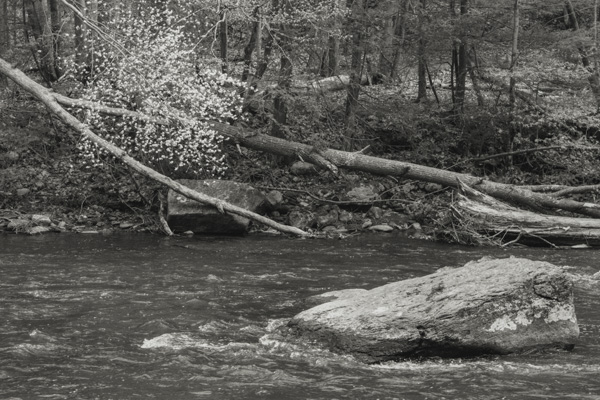 Folio of a dozen platinum/palladium prints, third in a "Four Seasons" series. 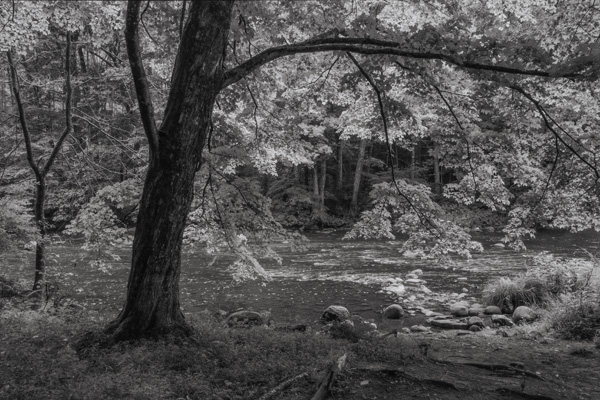 Folio of a dozen platinum/palladium prints, fourth in a "Four Seasons" series. 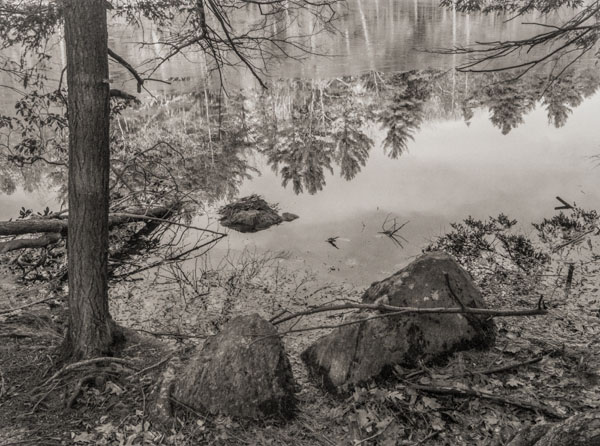 Folio of a dozen platinum/palladium prints

The Drive-in Theater and Off-Topic Galleries:

One Hundred and Seven Drive-in Theaters 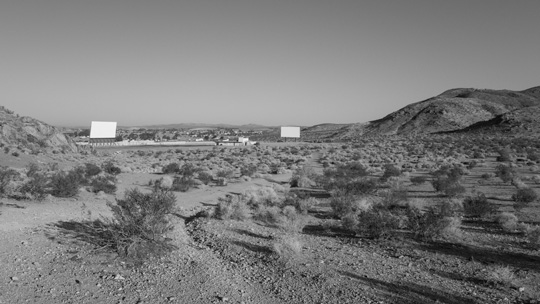 One black and white picture from each of the drive-in theaters I reached on my two part cross-country road trip in 2012. The theaters are all identified by name and location.

Off Topic: the Western Loop 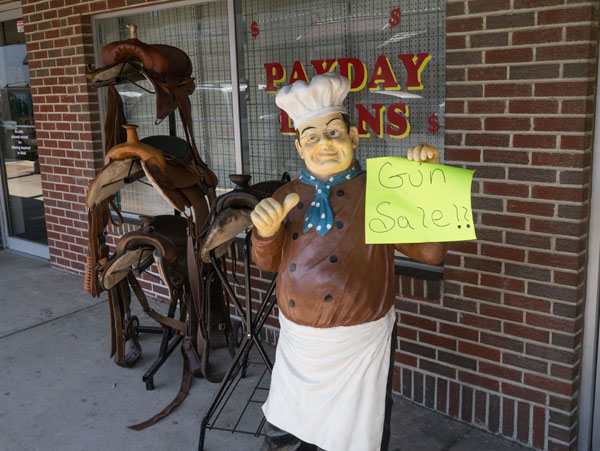 A collection of thirty pictures of subjects other than drive-in theaters made during my six week road trip to the West Coast and back, in May and June of 2012. Prints from these color digital captures were shown in October at the gallery space of The Firehouse Cultural Center, Ruskin, Florida.

Ruskin and Vicinity: the Artist in Residence Project 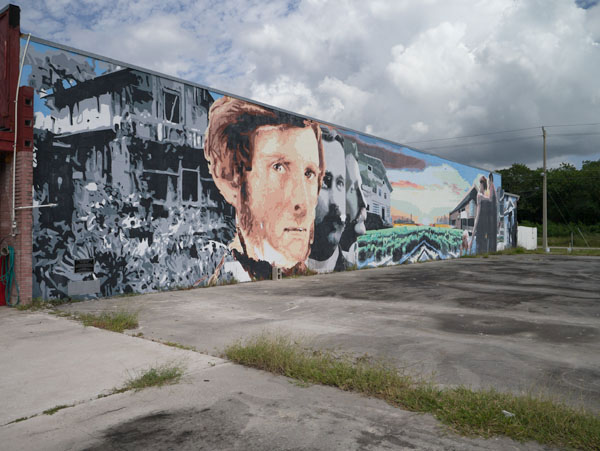 During my week-long artist residency with The Firehouse Cultural Center I did some teaching and made several presentations and public talks. However a main goal of the project was for me to simply do my usual thing and make pictures in and around Ruskin, Florida. This gallery collects sixty of those pictures, all color digital captures. A show of prints is planned for later.

Off Topic: the Southern Loop

In October of 2012 I traveled through North and South Carolina, Georgia, and Florida to photograph drive-in theaters. I also spent a week as Artist in Residence with The Firehouse Cultural Center in Ruskin, FL. This is a collection of thirty "off topic" photographs—neither theaters nor Ruskin—made during the road trip. 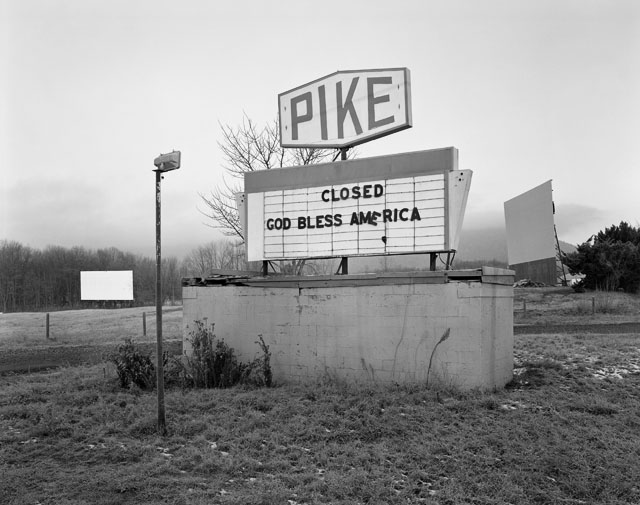 This gallery (from January 2010) shows a large collection of theaters from across the country.

Birch River to Strange Creek, May 2003 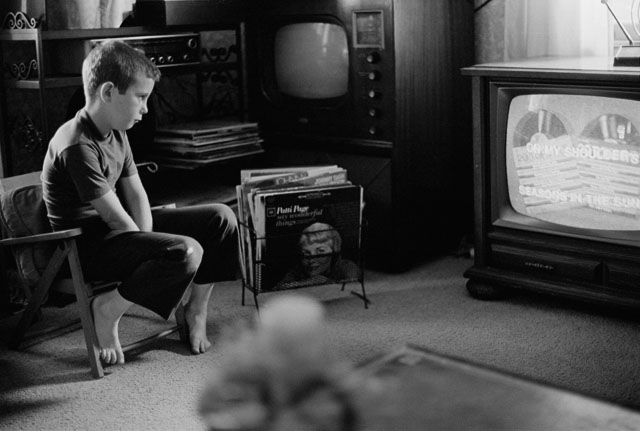 A collection of early work—photographs from a small town in southeastern Pennsylvania, from 1974. 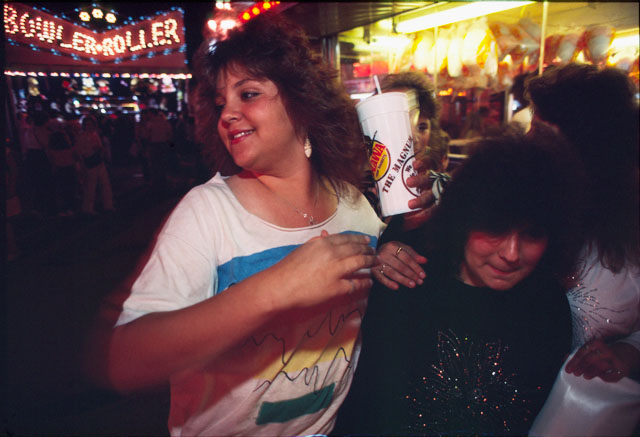 More old work—pictures from a traveling carnival, from the mid 1980s. Thanks to digital imaging I’m finally able to print these Kodachrome originals the way I wanted to thirty-five years ago.

Photographs from Steep Rock, in Washington, Connecticut, made during October 2009.

Black and white carnival pictures from 1991 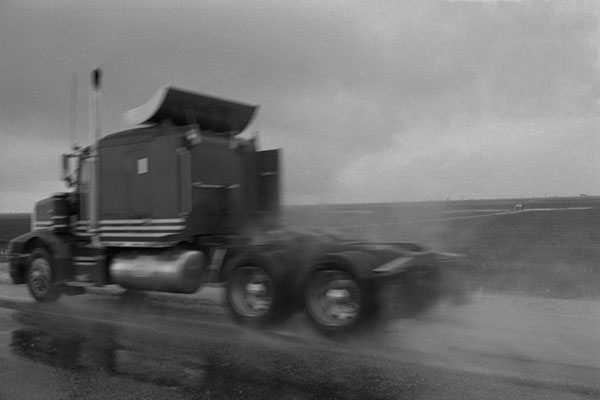 Pictures made on a one day road trip, a day off while on a commercial assignment. 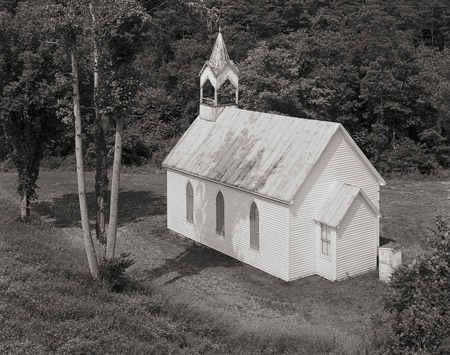 A companion to the Drive-in Theater Series: made on the same road trips, and to my mind the theaters and the churches occupy a similar space in community awareness and commitment.

What you see when you’ve got a 7x17-inch camera at the ready. 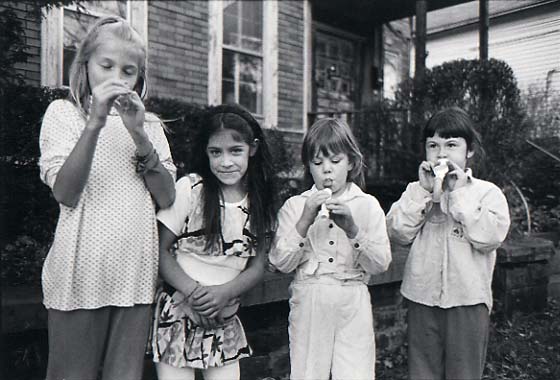 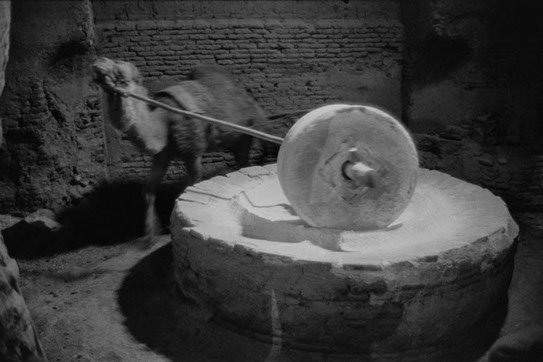 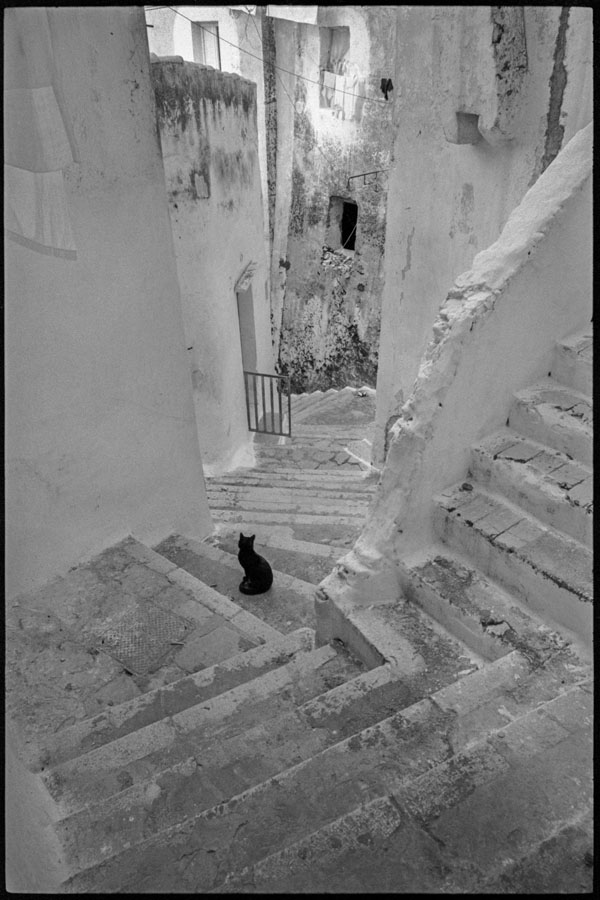